Another ride in the Cover All arena 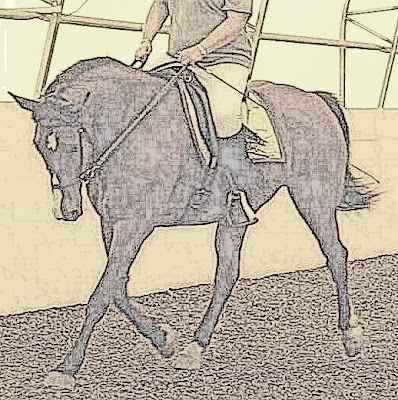 Back the first part of June Gilly and I went to take a lesson at Sheri's and rode in the Cover All arena. I love this arena, so nice inside and Sheri has the nicest footing in there...very springy and not a lot of dust at all.
What kind of lessons am I taking, just basic riding skills. I never had riding lessons of any kind when younger and I feel that I really need help in some areas....probably all areas! ha
The above picture I did some photo manipulation on it. I think it looks pretty neat. 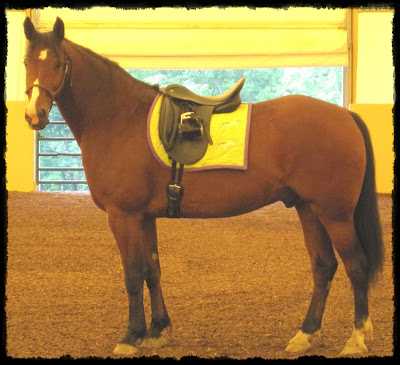 Gilly tacked up and ready to ride. He is such a good boy, posing for the camera, already worked on the long line and ready to go. 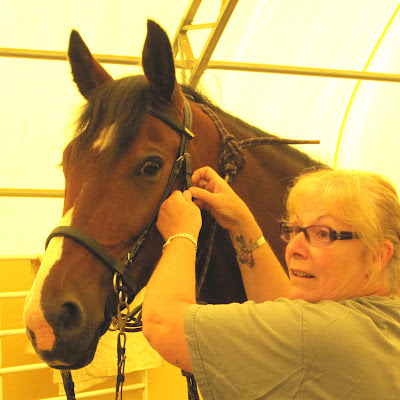 Putting on Gilly's bitless bridle, really good shot of him, me I'm not so sure. I think Kim, who was taking pictures, must have said something to me. I was probably saying, what? 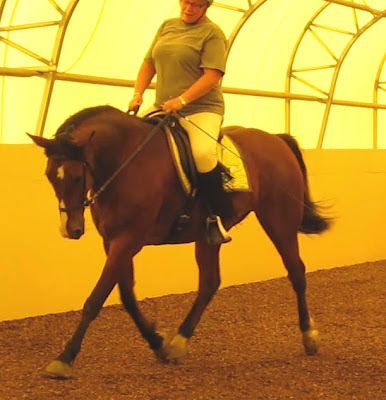 Love this picture of Gilly, he was really in a nice frame here and looking good. He is such a nice mover but he takes a lot of work to ride this trot, it's big and lofty. 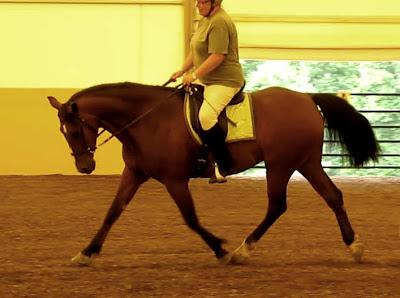 Trot, Gilly trot! Effortless for him, hard for me...by the end of a lesson I am wore out, he hardly breaks a sweat! 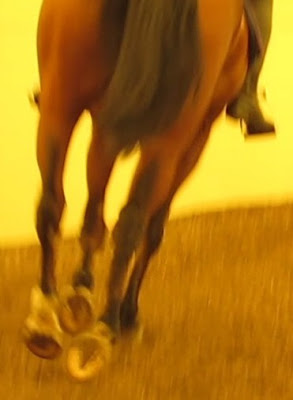 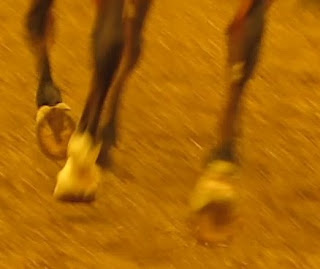 A little blurred but still I love seeing his feet off the ground, he has such pretty feet. 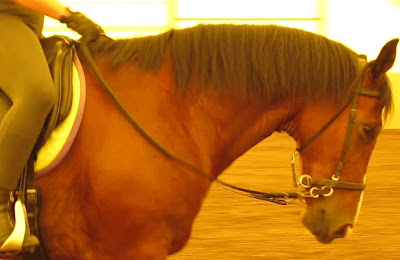 Sheri was riding Gilly here, moving along softly.
I am looking forward to going back for more lessons, it's been hot here, the horse flies are terrible so I will wait for cooler weather. I seem to have become a fair weather rider as I have gotten older....when I was a kid I didn't care what the weather or bugs were like, I rode no matter what! Not now, body also says what I can and can't do.
Even if I don't ride I can still hang out at the barn and love on my two boys, Pokey really loves that, he is a snuggle bug more so than Gilly.
Jane
Posted by jane augenstein at 7/31/2012 01:47:00 PM 3 comments:

Horrific storms cut through Ohio Friday night and now we are in a state of emergency. From Columbus, Ohio to Charleston, WV it knocked out power for thousands of people. Slowly it's coming back on but we may be out for another 5 to 6 days. We have a generator but gasoline is difficult to come by right now.

We only had some tree tops come down out here on the farm, no damage to house, barn or outbuildings. Lucky for us we have gravity fed water to the house so electric or no we still have water. So far refrig and freezer are being kept going by generator and I can get on the internet when we power up. No phones or cell phones, hard to find out what's going on out there sometimes!

Gilly and Pokey are doing well, they don't even seem to know anything is different except that they have no fan! ahh, poor boys! LOL

As long as we can find gasoline to run the generator we will be fine. Hoping that I can make a run to town, 16 miles away, to get dog food and horse food in a few days!
Jane