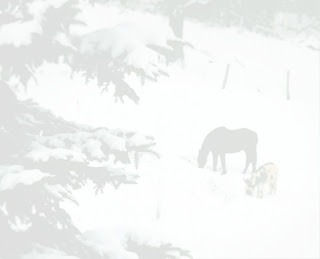 Today I saw on my daughters facebook page a post from a friend of hers. She had ask how his horses were, one was barely hanging on and yearling was becoming sick. When I ask her what happened she said they had botulism poisoning from their hay.
I emailed him, telling him who I was and asked about the horses. As of 6:30 this evening he has lost all of his riding horses, 6, and there may be more by now. I do not know how many horses he has.
I have looked on the internet and found several cases of this happening, in 2008, 100 horses died from botulism hay.This can happen in round bales or squares. It can be caused by baling an animal or snake, yes it happens. I have found snakes in our hay, I throw the bale away if I find one! UCK!! Here is a link from the University of Kentucky about botulism. http://www.ca.uky.edu/agc/news/2001/Aug/spoilage.htm

So if you all can, please say a prayer for the horses that have passed, those that are still sick and for Bobby and his family. This is a horrible devastating tragedy! I can't imagine losing one horse but 6 or more, makes me cry just thinking about it.
Jane
Posted by jane augenstein at 1/28/2011 10:18:00 PM 15 comments: The weather warmed up some a few days ago, it rained and a lot of the snow melted. The yesterday the temperature started to drop, it started snowing a fine wet snow about 11:00 am and continued on into the night. We got about 6 inches of the white stuff....again! It's also very cold!!!

Here is Gilly nibbling on some hay, click to enlarge, he has icicles in his tail and his jaw whiskers. There are also some hanging off his ears and sides. Will he go in the barn, no; I guess he isn't cold....boy, looking at him sure makes me cold! 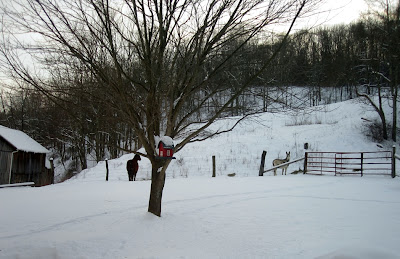 The boys saw something that spooked them, I looked up the hill but couldn't see what it was. Pokey eventually trotted over to Gilly to stand next to him, he feels safer when he is by his big buddy. This was taken about 3:30 in the afternoon, the sun has already started to go over the hill and it was 17 degrees, this was the warmest it had been all day. Now at 9:10 pm it's -1 and still going down! 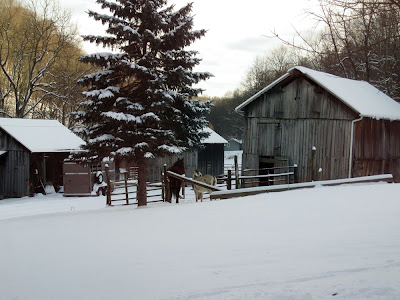 Pokey is still concerned about what it up on the hill. Well, yes I do agree that the snow is beautiful but......I have seen about enough of it's beauty for one year. I would love to see some dead brown grass or even some....dare I say it??? MUD! At least that would mean it was a little warmer. 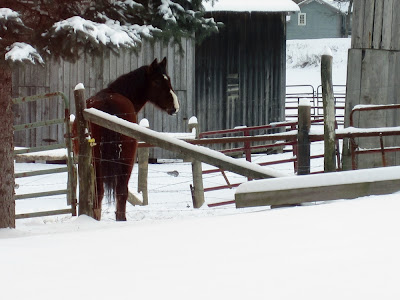 The weather forecast is calling for another inch of snow tomorrow and maybe more on Sunday! ugh.
I am counting down the days till spring.....it can't get here soon enough!!! 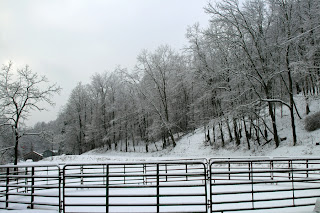 My round pen is waiting for me but the snow is stopping me and Gilly from having fun! Well, me anyway, he and Pokey are playing and having a good time in the winter wonderland. 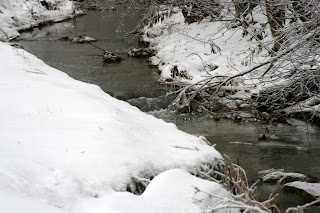 The creek looks cold enough to freeze you in an instant, don't think I will go wading! 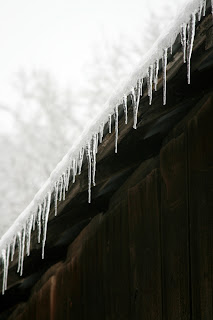 Ice hangs from the granary roof. 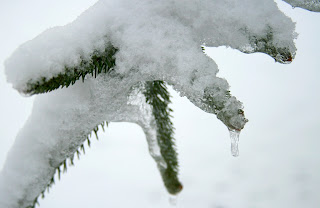 The pine by the house has ice and snow on it, very cold. 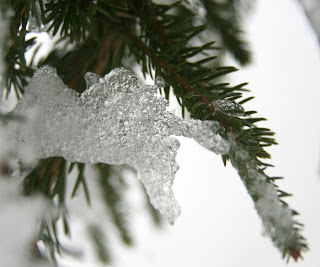 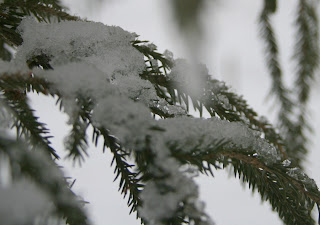 I know spring is coming soon but not soon enough! My hands and feet don't like the cold anymore now that I have gotten older. When I was a kid I was out riding in all kinds of weather.
The snow has melted some and the roads out here are very slick so if I did try to ride I would be afraid of Gilly slipping and both of us ending up on the ground, I would like to stay upright, please.
Maybe soon the weather will warm a bit and I can ride again.
Hurry up SPRING!!!! 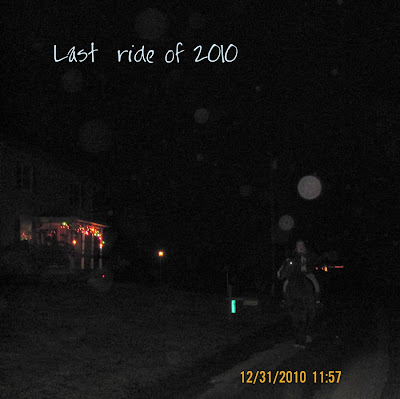 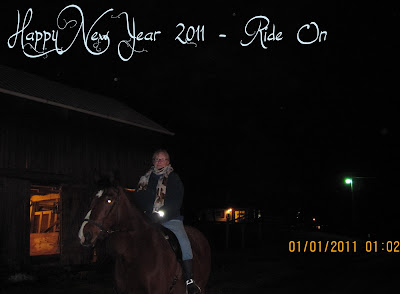